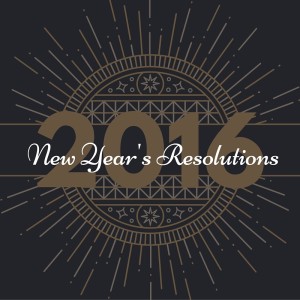 Have I ever told you about my first editor? I wrote a column in my early twenties for a local magazine where we used to live. It sort of fell into my lap after I had been named one of the town’s sexiest singles (I know, I know).

Anyhow, the editor of this magazine had a prolific career in publishing. He had lived and worked in all of the big markets, and moved/took this job to be near his ailing parents. He called me one day, out of the blue, and asked me to lunch. ‘I’m going to get fired’, I thought. But no, he wanted to tell me I needed to write, and in forty years of publishing, I was only the third person he had told that to.

No, I said. I believed that God and the Universe wanted me to do something with the abuse I had endured. What, I didn’t know, but at the time that was what I believed.

He stared at me intently. ‘I think you’re wrong,’ he said.

We would revisit this conversation on occasion, quite frequently, actually, and then I got married and had kids. And then we moved, our oldest was diagnosed with autism, and I chose not to go back to work to make his therapies a priority.

‘Have you thought maybe this is God or the Universe telling you to take this time to write that book?’ he asked. In truth, my old editor called me on my deepest dream that I thought impossible, that me, of all people, could actually write.

So, I started writing. I cranked out a book. And then our second son was diagnosed with autism. Everything went to the back burner.

Then, a few years ago, in late 2013, I started writing again. And then I started blogging, to keep me in the habit of writing, and it was an easy way to document the lives of our children.

Then, on a whim, I signed up to go to a conference in June 2014.  And there, in all their glory, were my people, my weirdos, the misfits whose brains were just as odd as mine, and for the first time in my life, I was with my people.

That’s an unnerving experience if you’ve never had it.  You go through life, you make friends, fantastic best friends, but they don’t understand the storm of words and ideas that swirl inside your brain and keep you up at night, the ones you keep to yourself for fear that no one will understand.  To be in the presence of people that understand just that, is almost shattering to your core. It’s a shift in the paradigm of your universe, that there are other people like you, that maybe your ideas aren’t so crazy and far-fetched, and that maybe, just maybe, this is where you were meant to be all along.

And so, all of a sudden, you think okay, maybe I can do this.  I went viral two months later. Okay, I thought, maybe my words really can make a difference. I started meeting other creative people, people who had the same shit storm swirling inside their brain. And then, last spring, I met Harmony from Modern Mommy Madness. Meeting her has been life changing, and I hope for each and every single one of you, that you each have a working partner and friend like her. The craziest and epic-dumbshit that sits in my brain I can tell her, and guess what— she has the same crazy and epic dumbshit inside her brain. We’re working on some of that epic dumb shit and it’s AMAZING.

‘No one really makes it as a writer.’
‘That’s a cute/fun hobby.’
‘Thank God your husband supports you.’
‘Is your husband okay with you writing?’
‘You don’t have a degree in English.’
‘Hardly anyone ever gets a book published.’

So I shut out the noise, and kept telling myself that I finally accepted (and that’s the biggest part and challenge), that this is my purpose in life.  I finally accept it, 37 years in, that my words are the what I am supposed to contribute to this world. That maybe I didn’t have to do something with the horrors that happened to me, but yet use those feelings to be a better writer, and reach those that need it the most, that I can use those feelings to tap into your inner core and question your reality and perceptions, that is what I am meant to do.  Maybe five people will read my words, or maybe five million.  I don’t know, and that part doesn’t matter.  What does matter, is that I move forward with the intention of living my purpose.

That acceptance is powerful. That power also means that the naysayers will get louder, and I will have to work harder to shut out the noise, and I might have to buy stock in ear plugs.

But, big shit happens when you finally have the clarity of your goal.

So, that’s my resolution.  To work towards the goal of doing more creatively, and writing more.  Small and large steps everyday, resolute in shutting out the noise. To own who I am, and to no longer cower in my fear of failure.

I want this for you, too. What are we going to do, together? To fight fear in the face and accomplish epic fucking things?

I can’t wait to see what happens. 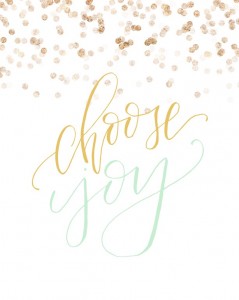 Today is my birthday.  Today, it marks 20 years since the last time someone laid their hands on me in an inappropriate way and hurt me. (Read my post from last year here)

Let’s all cheer for that.

I’ve been fairly quiet on the blog lately, I know.  I have several big projects in the works that I can’t wait to tell everyone about, but I’ve also been more reflective this year than most.  I’m reflective of the number 20 and what that means to me.

Nothing changes, exactly, on your birthday, only the calendar day and year.  And yet, it seems different.  I’m different.  I’m older.  I’m wiser, and I know what I want out of my life and what I need to seek out in order to fulfill it authentically.  That in and of itself is a milestone I am happy to celebrate.

So, this year, and specifically this month, I will be exploring what it means to ‘choose joy’.  For me, it means actively seeking out the life I want to leave as a legacy through mindful interactions and living.  I have a lot more to write about it, and I can’t wait to hear your feedback, on how you are choosing joy in your own life.

But, for now, for today, for my birthday, I am celebrating by giving you a small gift.  I went to my favorite graphic artist, Sarah, from Peachpod Paperie, and asked her to create two printables for my readers to download of the phrase ‘Choose Joy’ (one of them is the picture above).  I hope you print them, and frame them for your office, child’s nursery, playroom, or wherever you need a small reminder to mindfully choose joy in your life’s moments. I hope you love them as much as I do!

Enjoy!  And thanks for celebrating this milestone with me!

I, like the rest of most exhausted mothers over the age of thirty, didn’t watch the VMA’s in their entirety last Sunday night. I obsessively watched clips and read reviews after I was able to finally put our children to bed.

By then, it had started — the backlash against Taylor Swift and her new video ‘Wildest Dreams’, which premiered at the VMA’s. The video, which seems to be a Natalie Wood-esque shattered love story of betrayal, takes place in Africa on a movie set with Scott Eastwood as her leading man. Swift’s critics voiced ‘concerns’ that this video about heartbreak was a step back in her progress of being a feminist icon. I started to read more, and the articles rebuking her feminist ways were rampant.

Whoa, whoa, WHOA. Back the fuck up.

So, because she doesn’t subscribe to your type of feminism, it doesn’t qualify her as a feminist? And because she dared show vulnerability she couldn’t dare be a feminist?

Let’s refresh our memory, shall we? Webster’s defines a feminist as ‘the theory of the political, economic, and social equality of the sexes.’

Yep. No mention of how one should go about that. Nor does it mention whether or not you can be heartbroken and still qualify as a feminist.

Just because she has had heartbreak, and sings about it (her profession, for God’s sake), makes her no less of a feminist or badass than the woman who chooses not to tell the world about her broken heart.

There is some little girl, teenager, or grown woman out there with her heart broken, trying to gather strength and rise from her ashes. Maybe she doesn’t have a support system, and the only symbol of strength she has is through music, perhaps Taylor Swift videos? Let’s think back to when we were young and nursing heartache. We belted Madonna, Debbie Gibson, and Tiffany. They were glamorous, our version of what strength on the other side of it looked like. Do you remember other feminist icons for you at the time? Doubtful. Unfortunately, the others were mostly in textbooks and out of reach.

I think about my two little boys and whom they will grow up to marry. I want them to believe that the women they marry and fall in love with are strong because of what is, what they experienced collectively, not some hardened, cold version of what people think feminists should look like. I want my niece and all of her friends to grow up and know that whatever this mean, awful world can throw at them, it makes them, well, them, and will help them gain strength to do anything that they want to do, and no heartbreak, betrayal or trauma will stop them from that. And, in reality, they will get some of this strength early on from music icons, MTV videos, belting out ballads with their friends in their rooms, whether you like it or not.

If they are watching Taylor Swift, they will also see things that they also need to see — apologizing when wrong (in her Twitter feud with Nicki Minaj) and the ability to forgive and move on (who can forget her famous feud with Kanye West?), and doing all of it graciously. Things that every growing human (and grown ones, too!) need to learn and master themselves.

Because we are strong, not hardened. Showing vulnerability does not make one weak, it shows others who are not yet to their strongest point yet, that anything is possible. The very basis of what every feminist needs to learn in her crusade for equality.

So, play on, Taylor Swift, the feminist of our ‘wildest dreams’. And yes, I played her new video on repeat while I wrote this.