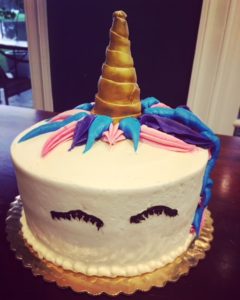 In my late teens, I forgave the people who abused me. I can remember the day clearly, as though it was last week, instead of some twenty years ago. The sky was a remarkable blue color, the color of a ring I often wear, with a single cloud in the sky.

I remember looking up because even though the sky was clear and it was a beautiful day, it felt like I was working every muscle in my body to put one foot in front of the other, that I had to remind myself to actually breathe because my body felt so heavy.

I had been in therapy for years and years at this point and my therapists and doctors were solely focused on getting me to a point where I would be able to be a functioning human, a feat of superhuman capabilities, no doubt. While I remember the word ‘forgiveness’ coming up occasionally, it wasn’t something I was concerned with, nor was anyone caring for me concerned with it, either. Anger and vengeance, those were topics I was familiar with. And who could blame me or anyone else? These people had basically destroyed me and no one would dare argue that level of evil deserved forgiveness.

That blue day, the sky the color of blue topaz day, with its single cloud changed everything for me. I had the epiphany that they could no longer physically hurt me. The secret was out and they could no longer touch me. The physical power was now mine. I was now an adult and it was my decision to continue to live in anger or in peace. The emotional power was now mine, too.

It felt as though a bag of physical bricks fell off of my shoulders. Even though they no longer had access to me or my body, I let them continue to hurt me through my festering resentment and anger.

What people don’t tell you about forgiveness is that it is a power that only you have. It doesn’t mean that you have forgotten or that it’s okay, it just means that someone else’s actions have no control over your emotions and actions. You, and you alone, are more powerful than the person who hurt you, if only by the mere fact that you hold the key to forgiveness.

I recently have started going back to church because I started to have anger towards my abusers that I had not had since that blue day. The anger came back because no matter how healthy I am, physically or emotionally, their actions have wrecked my body. For a few weeks, I wondered if I was struggling to forgive, but then I realized I was struggling with new anger, and the anger was appropriate and the length of time it would stay was in my control.

I really want to throw a tantrum some days, just throw myself down onto the ground, roll around and scream that it’s not fair. It’s not fair that I have to do all of this bullshit and the people that hurt me just went on with their lives. I don’t do it, but when I’m sick, sitting in the doctor’s office, I close my eyes and picture myself acting like a toddler and it makes me laugh. Because, really, who doesn’t want to throw a tantrum once and awhile?

A few months ago, after I had moved past my anger and onto acceptance, while kneeling in church to pray, the service came to the Litany of Healing. The Litany of Healing is a part of the service in the Episcopal church where we pray for those that need healing. Most of the time, I pray for those that I know are sick, family and friends. That day was different. I was the sickest I had ever been with a kidney and bladder infection and I also needed healing.

Dear Lord, please help them find peace. Their redemption is not my responsibility, but I wish them peace.

After the service, I went to the bathroom and wiped my face. When I came out of the bathroom, the Rector was waiting for me. I told him why I was upset and he studied me for a moment. “Maybe they need your prayers, Audrey.”

I’ve been sitting with this for a few months. I knew my birthday was coming up and the anxiety would start the closer it got, so I stopped questioning my thoughts and just sat with it, expecting no explanation.

The last two months, my birthday started creeping up and I felt different than I have in years. I had no anxiety about it until three weeks ago. I had started the day out
meditating, and I found myself praying for them again. I do not understand why I keep praying for them to find peace, I want to scream. I think maybe it’s finally happening, maybe I’m finally cracking up and losing my mind. Or maybe it was something else entirely that I had not thought about: the place past forgiveness.

We’re so focused on forgiveness, acceptance, revenge and karma, no one talks about what happens next. I had a very wise person tell me that day when you’ve genuinely forgiven someone, you can pray for them to have peace. This is the place where forgiveness isn’t just a word, it’s an act.

I normally don’t celebrate my birthday, but that day I decided I was going to do something this year. Choosing the life I want to live, with the love of my life and children, close family and a very small circle of trusted friends is absolutely something to celebrate. I did this. I walked through the flames of hell that are actually people in this world and made it to a very simple and beautiful life that I created with the people I love. The demons will remain, of course, but I celebrate knowing that my choices are stronger than the demons.

I woke up yesterday, on my 39th birthday, let my husband and precious boys sing happy birthday to me and ate unicorn cake for breakfast. Yesterday was bittersweet. I deserve every bit of happiness I have but it’s easy to grieve what could have been. I’ve accepted it’s okay to feel anger and sadness for all of the things that were taken from me. I’ve also accepted that praying for the people who hurt me is where I want to be. It’s uncharted territory and I have the tools to navigate through it.

My birthday has always been an easy litmus test for me to check where I am emotionally and in my life. It’s also an easy one to pass.